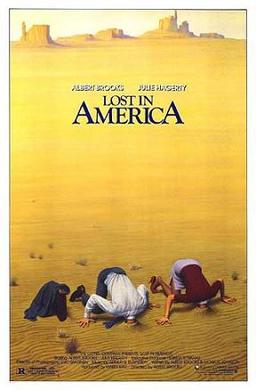 Lost in America is an American comedy film that was released on the 15th of March 1985. It was produced by The Geffen Company and distributed by Warner Bros. The story of the film which centres on a married couple who leave their jobs and embark on a trip across America, was co-written by Monica Johnson and Albert Brookes.